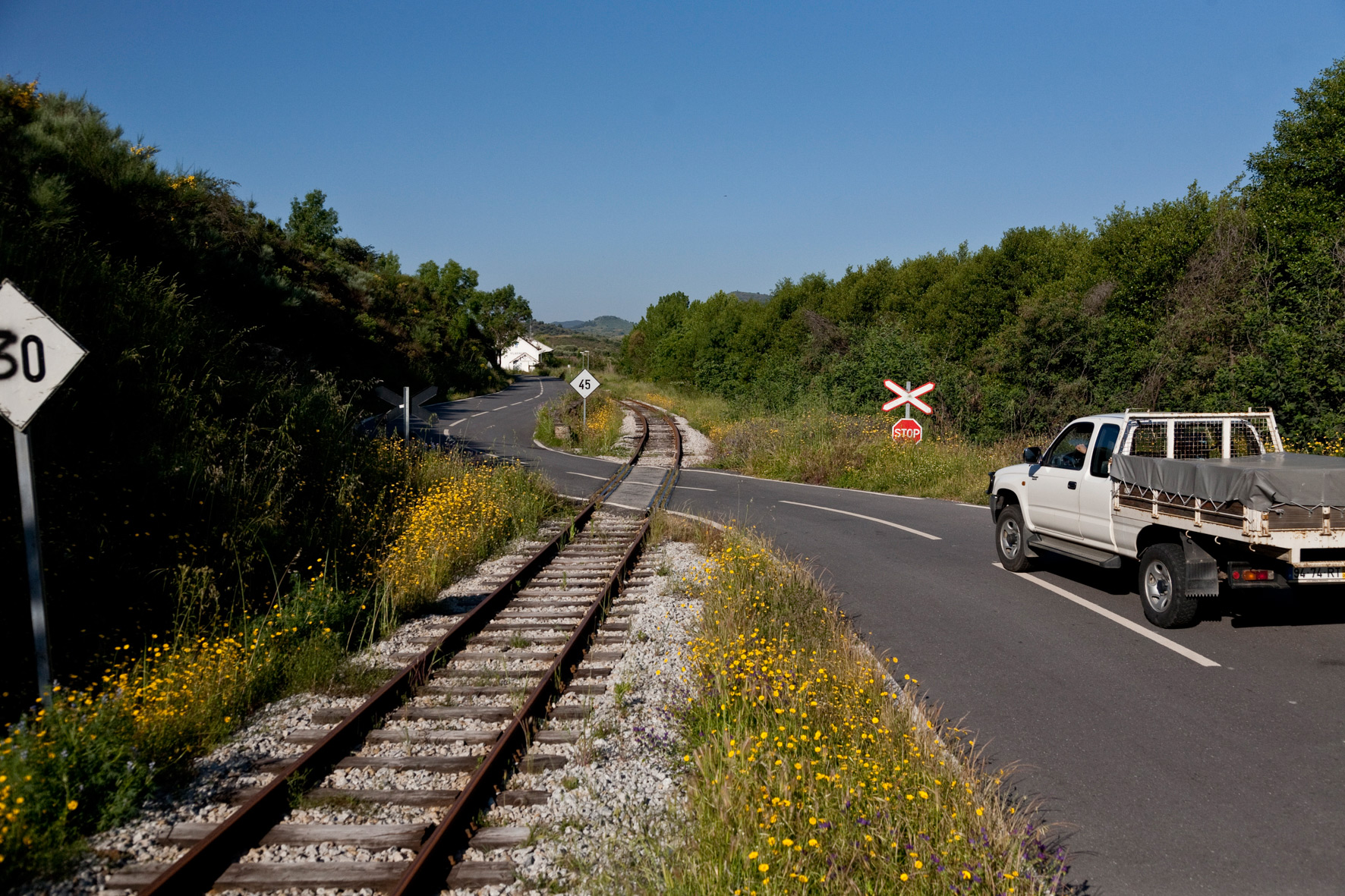 Trâs-os-Montes (Beyond the Mountains), used to be one of the poorest regions of Portugal. Emigration over the past decades has been massive. But, Trâs-os-Montes is blessed with quite a number of narrow gauge (100 cm) railways which, unfortunately, are being gradually closed down. One of the most spectacular tracks is the ‘Linha do Tua’ from Mirandela to Tua village on the banks of the River Douro. Fifty four kilometers of railroad along the river (Tua, indeed).

A masterpiece of engineering that started as early as 1884. Inaugurated by King D.Luís I in September 1887. Imagine the impact of this new means of transport in a completely isolated area, where most of the transport was only possible on foot, horse and donkey. In 1902, work was started on a new extension from Mirandela to Bragança and was completed in 1906. This line was closed down in 1992. During the last ten years the Mirandela-Tua line has been operational on and off. While hardly any accidents occurred during the first hundred years of its existence, the replacement of the rolling stock by lighter weight ‘Metro’ trains has led to several serious accidents and a number of fatalities. Lack of maintenance became too costly, the line was regularly vandalized (even the train rails were stolen!) and this resulted in less regular service, more delays and fewer passengers. Nowadays, the ‘Metro’ is only operational on 4 kilometers to a northern suburb of Mirandela and 13 kilometers to the village of Cachão, south of Mirandela.
Portugal Railways (CP – Caminhos de Ferro de Portugal) has made a taxi service available, which runs between Mirandela and Tua, according to the previous train timetable: three times daily. So, apart from our 17 km trips by ‘Metro’, there is no option other than to travel the line on foot, which we did: the first day from Cachão to Brunheda (20 km) and the second from Brunheda to the end of the line, in Tua (21 km). An early start of the day proved to be essential, because temperatures rose to 34ºC, making a regular jump into the river a great delight! There has been strong campaigning in an attempt to save the train line; however,  the plan to build a dam in the Tua is well underway and once completed, will submerge some 25 km of this extraordinary railroad. With a bit of luck some parts can be kept operational, but the spectacular Tua valley will disappear for ever…