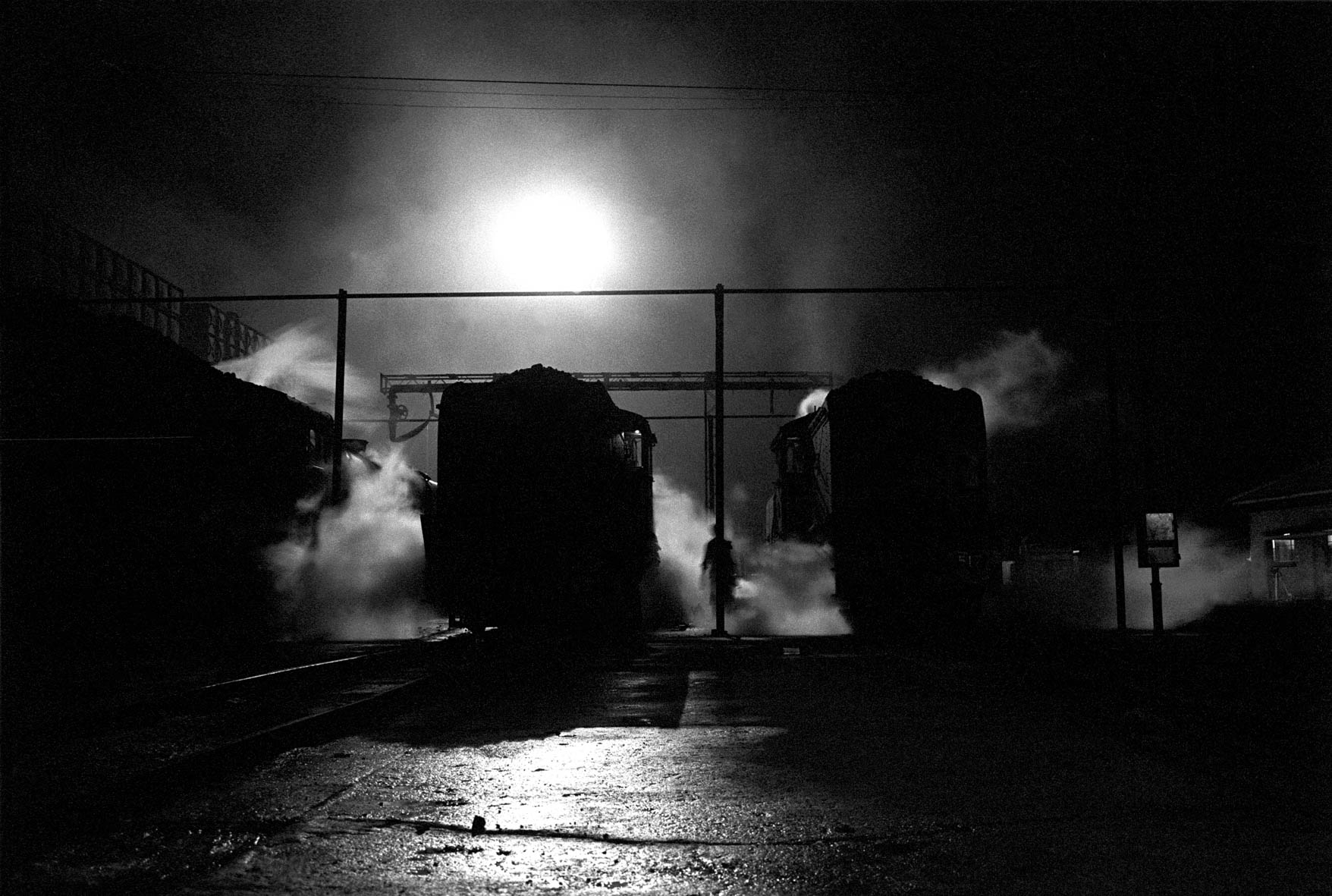 Ever since my earliest childhood days I have been fond of everything that rolls, flies and floats.

One of the most impressive forms of transport still remains the steam-engine.

Even in The Netherlands I remember them seeing operate and, as a young boy with my father holding my hand, witnessed a steam train rolling into the station of Oisterwijk in southern Holland carrying numerous Hungarian refugees. That was in 1956. Already in the fifties my father used to explore disused railway yards in search of  unusual accessories. “Just take them with you”, used to be the common reply in those days.

With that background I departed to Mozambique in 1980, camera and darkroom equipment in my luggage, still not fully aware that steam traction was something quite mundane and commonplace over there.

Some years later the scenario had changed quite a lot. Governments in Southern Africa wanted something different, something more modern: diesel! Despite the fact that for example, in Mozambique, Zimbabwe and South-Africa, coal was plentiful and almost all spare parts could be manufactured locally. But the international donors were also eager to sell their products and so, diesel traction became the new trend. Long live independence! With some luck, an average diesel loc in Africa will do 100.000 kilometres while the famous American Atlantic steam-engines easily clocked two million!

Steam had disappeared in Mozambique by 1994. It had been a similar state of affairs in Zimbabwe until a recent shortage of diesel brought back this former means of transport.

In 1998 however in the Mozambican town of Inhaminga on the Indian Ocean,  the modern  trend had not yet sunk in with the railway workers. They kept the Porter steam-engine in running shape, convinced of the fact that it would run the line to Inharrime someday, somehow…