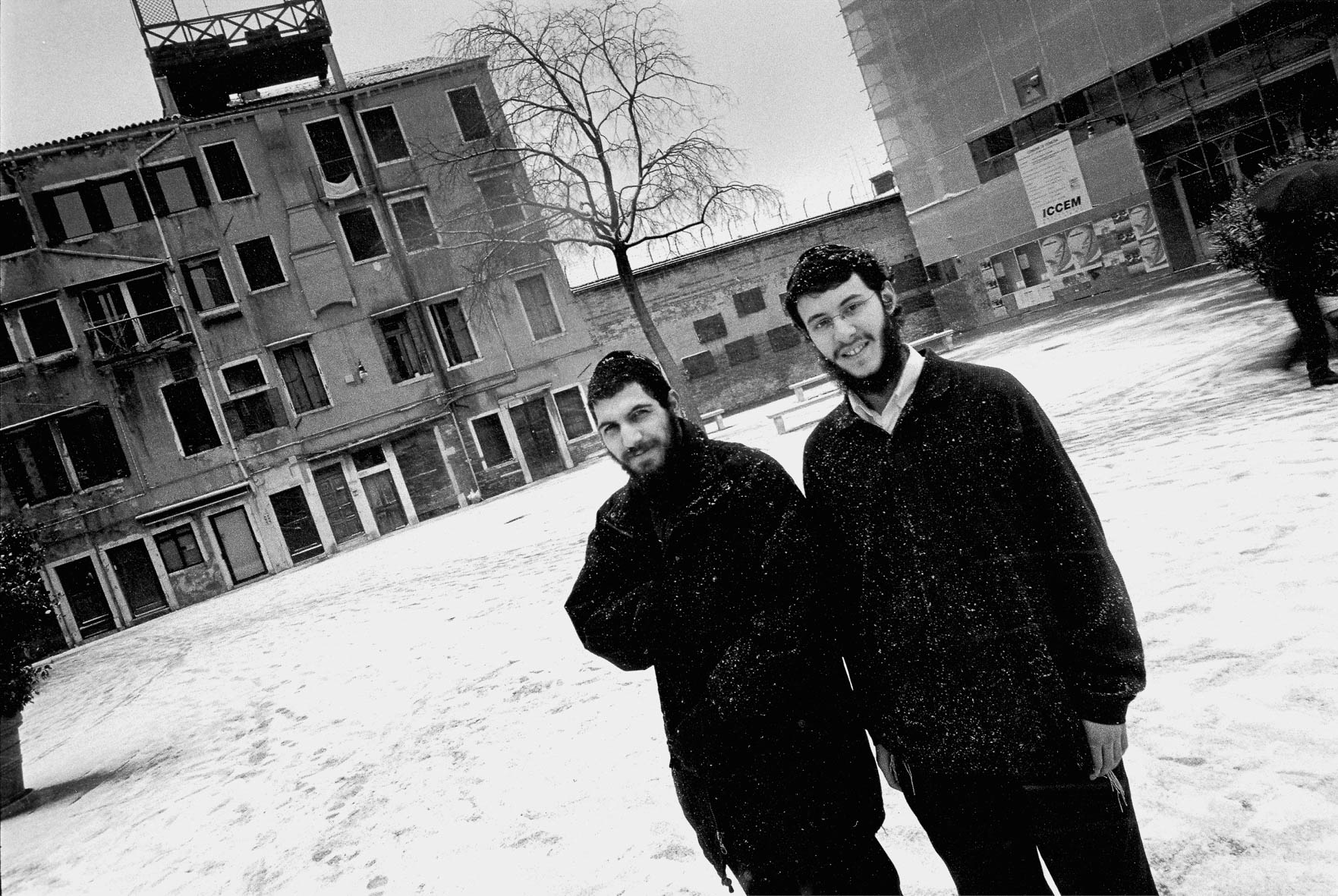 The ghetto of Venice

Wandering through Venice, I find myself suddenly in front of a narrow gate that marks the entrance of an unsightly alley. At the gate, a small sign that reads “Getto di Venezia”. It marks one of the few entrances to the Jewish ghetto (a word that is now quite current worldwide but originates from Venice because of a foundry, ‘getto’, in the same area as the Jewish quarter).

Once past the gate, I walk into another world with kosher butcheries, Jewish travel agencies, shops and a wall with barbed wire on top. Once, the site of many executions during WW II. The atmosphere is gray and the building style is very different from the city: all the houses are much higher due to a lack of space. It snows. Associations with ‘Schindler’s List’ pop up.

On the square are the synagogue, looted in 1942, but now restored to its full glory, and an old people’s home under restoration, where the few survivors of the deportations live out their last years. Mussolini accurately documented the inhabitants of the Jewish community, which made it easy for the Nazis to clean out the place.

I stop at a door with a row of door-plates: ‘Klein, Wolffensohn, Butschowitz, Gottlieb, Cohen’. The door opens and a man with a Keppel asks me in English, “Are you looking for someone?”. He invites me to enter. On the fourth floor, Aaron Cohen offers me a cup of tea in his apartment, which is dark and bare with not a single photo or painting on the wall. A wooden table, four chairs and a floor light. With some disdain he shows me a photo album with fading memories of a family that does not exist anymore. Cohen’s father was Polish, his mother Dutch and they fled in 1938 by train to Venice where they had family connections. “They came by train from Poland and by train they returned in 1942”, Cohen tells in a bitterly ironic tone. “Meanwhile I, as a boy of six, was deposited on a farm near Padua; so I had a narrow escape”. When he discovers that I am from Holland, it appears that Aaron speaks quite good Dutch. He studied in Amsterdam, but decided to return to Venice. Later on, he escorts me to the synagogue,  where he is a volunteer in the maintenance of the beautiful building.

At the cordial farewell, two Israeli youngsters stand next to us and ask me to take a picture with the execution wall as a background.